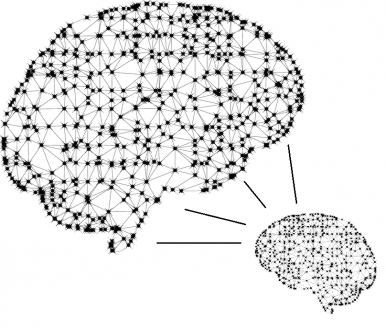 For more than three decades Dr. Warfield studied systems and complexity. The product of his intense effort was the creation of Systems Science, described in "A Proposal for Systems Science" published in Systems Research and Behavioral Science in December 2003.

His research concluded that systems science is a hierarchy of sub-sciences, all of which incorporate the "Fundamental Triangle of All Science."

This Triangle consists of the human being, thought about thought, and language. Because most authors involve the three vertices of this triangle intuitively in their work, they make a variety of unsubstantiated assumptions related to them.

When complexity is involved, these assumptions typically misdirect their work, which explains why, after a century of study, no systems science had been developed and tested until Warfield's version appeared.

A history of the evolution of "thought about thought" is found in Warfield's An Introduction to Systems Science.

As described in Warfield’s Understanding Complexity: Thought and Behavior, little was done to improve on Aristotle's three-proposition theory of the syllogism until Abelard’s work, about thirteen centuries later.

Warfield built on foundations laid by these earlier philosophers and more recent contributors to "thought about thought" including De Morgan, and especially Charles Sanders Peirce.

Peirce, who has been called "America's Greatest Thinker," recognized that all investigations must begin with an "unshakable cognitive burden." The prescriptions of other philosophers as to how an investigation should begin are invalidated by the recognition of how it must begin.

In modern times Harary discovered a matrix form to link sets of syllogisms, and showed how to convert this to a digraph form. Working at Battelle Memorial Institute in the early 1970s, Warfield discovered algorithms for constructing such digraphs as part of a group process which he called "Interpretive Structural Modeling."

The underlying ISM algorithms were originally presented in a 1974 Battelle monograph and enhanced in Warfield’s Societal Systems: Planning, Policy and Complexity (1976). The mathematical portion of Societal Systems was republished separately in 2003 as The Mathematics of Structure.

These books will be available in new 2018 editions from Ajar Publishing.

Examples of models obtained by using ISM software are in several of Warfield's books and in other material in the Warfield Catalog. An appendix in Warfield’s Understanding Complexity shows many ISM examples.